Herbal medicine to be introduced in Nigerian universities - Health Minister 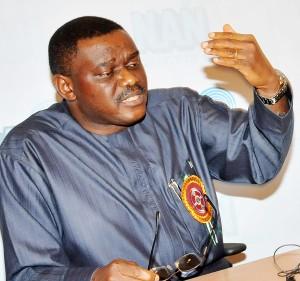 The Minister of Health, Prof. Onyebuchi Chukwu, on Friday said that Herbal Medicine would be introduced as a course of study in Nigerian universities.

Chukwu said this during an interactive session with journalists on the occasion of the 2014 World Malaria Day in Umuahia.

He admitted that herbs were efficacious in the treatment of malaria, but noted that it needed to be studied as a course in the university.

The minister contended that for herbal medicine to be accepted and integrated in the treatment of malaria, the practitioners ought to study science courses.

He listed the subjects as Physiology, Anatomy, Pharmacology, Chemistry, among other subjects.

“It is only after studying these courses that herbal medicine practitioner can effectively diagnose and treat malaria and other health problems,” he said.

Chukwu said the inability of herbal medicine practitioners to scientifically diagnose diseases posed a great challenge toward the acceptability of herbs for disease treatment.

He noted that the Nigerian Institute of Pharmaceutical Research and Development was already carrying out a research on the efficacy of herbs in the treatment of ailments.

He admitted that the National Foods and Drugs Administration and Control (NAFDAC) would also have to carry out tests on herbs to further ascertain their medicinal efficacies.

He charged herbal medicine practitioners to submit their herbs to NAFDAC for scientific test and stressed the need for environmental sanitation in the country, describing environmental cleanliness as a critical strategy in the fight against malaria.

“If your environment is dirty or you allow containers with water open in your compound as well as bushes where mosquitoes breed, you are poor.

“Such poverty is not because of the lack of money but it is poverty of the mind,” he stated.

Chukwu said that past and present administrations in Nigeria had spent N198 billion in the fight against malaria in the last 10 years.

He said that preventable, malaria “still remains a major public health problem in Africa and Nigeria” and constituted a major barrier to social and economic development.

The minister assured Nigerians that President Goodluck Jonathan’s administration was deeply concerned about the situation and would do everything possible to confront the scourge headlong.

Chukwu, who said the National Policy on malaria was being revised, added that the National Malaria Strategic Plan (NMSP: 2014-2020), which would guide the implementation for the period, had been finalised.

“These documents have been repositioned to be more responsive to the vision of a malaria-free Nigeria in the shortest possible time in line with the National Strategic Health Development Plan,” he said.

He pointed out that the scourge was now responsible for two out of 10 deaths in children less than five years as against 30 per cent in previous years.

Chukwu said that government had distributed 60 million Long-Lasting Insecticidal Nets (LLINs) throughout the federation between 2009 and 2013, adding that the replacement campaign had begun in line with the WHO guidelines.