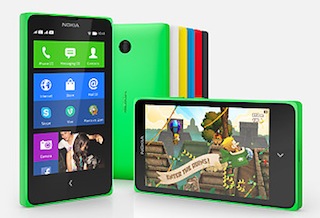 Finnish telecom giant Nokia completed the sale of its handset business to Microsoft on Friday 25 April, leaving factories in India and Korea out of the deal.

The company said that the value of the transfer announced in September, would be “slightly higher” than the earlier quoted price of 5.44 billion euros ($7.52 billion).

The final figure would be decided on the basis of “the verified balance sheet”, it said in a statement.

The US software giant Microsoft agreed to exclude factories in Chennai in southern India and in South Korea.

“In India, our manufacturing facility is subject to an asset freeze by the Indian tax authorities as a result of ongoing tax proceedings,” Nokia wrote in a statement.

It said that the factory would remain part of Nokia and that an agreement had been made to produce mobile devices for Microsoft.
The Chennai factory is one of the company’s largest, employing close to 7,000 people.

About 200 employees will be affected however by the closure of the Masa plant in South Korea and Nokia said it would give similar financial support to that offered to workers made redundant at other sites.

The company added that more details of the transfer to Microsoft would be available on 29 April with the publication of its quarterly results.
Nokia was the world leader in mobile phones until it was challenged by Apple’s iPhone in 2007 and later Samsung.

By shedding its handheld business the company hopes to return to profitability by concentrating on telecom services and infrastructure.
In midday trading on the Helsinki Stock Exchange Nokia shares were up 1.89 per cent in an overall market down 0.75 per cent.