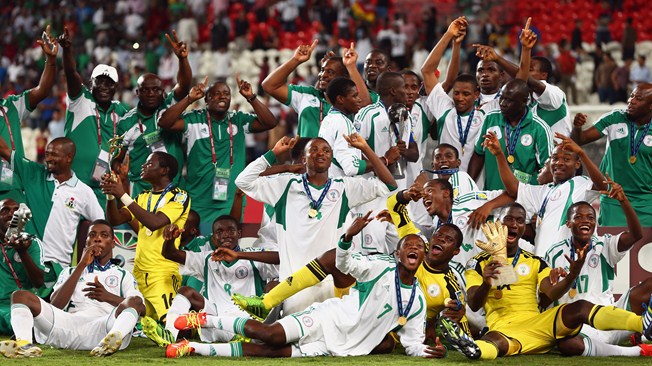 The Nigeria Football Federation, NFF, and the Egyptian Football Association, EFA, have firmed up arrangements for the U-17 national teams of both countries to play a series of international friendlies in Nigeria and Egypt.

NFF’s Director of Competitions, Dr. Mohammed Sanusi said on Tuesday that the Golden Eaglets, who finished in third place at the WAFU B U-17 Tournament which ended in Togo at the weekend, would host the first two matches in Nigeria on 28 and 30 May.

“The two teams will meet again in two more friendly encounters in Egypt during July, but we have not set the dates for those matches,” Sanusi said.

Emmanuel Amuneke’s wards also won the Fairplay Award at the West African championship in Togo, with Goalkeeper Amos Benjaming emerging the best of the six-nation contest. Nigeria were the only team that did not lose a match in regulation time at the competition, failing to reach the final only after penalty shoot-out defeat by Benin Republic.

The reigning world champions will, in July, take on the winners of a preliminary fixture between Democratic Republic of Congo and Burundi, as the race for the 2015 African U-17 Championship in Niger hots up.