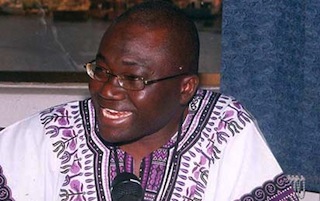 He did not however mention the amount that organised labour would peg as the minimum wage when the negotiations begin.

Speaking during a television programme Thursday morning, he said the negotiations next year follows a stipulation that the country’s minimum wage be reviewed every five years.

NLC has constantly argued that the N18,000 minimum wage is insufficient to meet the needs of workers.

“By next year, we will be back to the negotiating table for a new minimum wage since the law says it should be reviewed every five years,” Aremu said.

He said Thursday’s May Day was the 34th to be celebrated in Nigeria and that the NLC will use the opportunity to call for the strengthening of the country’s labour reforms.

“The primary responsibility of a government is security of lives and property,” he noted adding that Nigeria, which had been known for peace, is now increasingly being known for serial violence and preventable attacks.

He argued that the recent attack which occurred at the Nyanya motor park Abuja, Nigeria’s capital city, was an attack on the working class because most of the casualties were workers heading for their offices. At least 71 people were killed while several others were wounded in the attack.

Aremu said the security situation in the country had degenerated to the extent that most companies and offices in the northern part of Nigeria have reduced their working hours.

While some of the investors have relocated, others have simply downsized since they only now perform skeletal services, he said.

“And if you now add other challenges like poor power supply, then the industries are in danger,” he said.

He said rallies organised by labour bodies throughout the country is partly because “our heart is with the children who have been criminally abducted. They are potential workers and leaders who have now been deprived of their education.”

Aremu disclosed that the NLC was looking at the issue of casualisation of workers in some organisations operating in the country.

He also used the opportunity to lament the prolonged strike action by polytechnics and colleges of education, saying Nigeria cannot be one of the leading economies without attending to its own educational needs. He said the Workers Day was an opportunity to resolve the crisis.

He said since the country had rebased and now has a strong economy, it should focus on “job-led growth and not jobless growth.”

He described those calling for labour issues to be expunged from the exclusive list of the constitution as ill-informed while re-emphasising the determination of labour to ensure that all those found culpable in the Nigeria Immigration Service recruitment tragedy recently are sanctioned.