Watch out: Your child can get high inhaling deodorant spray! 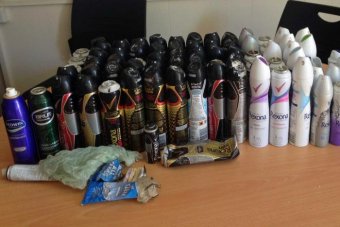 In northern Nigeria, children have been getting high inhaling gum, giving authorities a lot of concern about drug addiction.

But from Australia has come another way of getting high: by inhaling Rexona deodorant spray.

Australian youths have been getting stoned inhaling the spray from the cans, with the abuse now spiralling out of control.

With concerns shown by the authorities, supermarkets have withdrawn Rexona from the shelves and have voluntarily agreed to sell it from behind the counter. Other brands of aerosol deodorant remain on the shelves, the ABC News in Australia has reported.

The Central Australian Youth Link Up Service (CAYUS) has collected almost 500 used cans of deodorant from public places in Alice Springs in the last fortnight.

CAYLUS manager Blair McFarland says the situation is out of control and a large number of young children are involved.

“[There are] lots – like more than 50 kids under 12 – who have been referred to welfare because of their sniffing,” he said.

“[Police] went to Billy Goat Hill one night and there were 100 kids up there. Maybe not all of them were sniffing, but that’s where we’ve found 460 cans so far.”

Mr McFarland says the situation has worsened because the Youth Street Outreach Service (YSOS) was closed.

“Without a YSOS to give us the heads up, we didn’t hear about it until after Easter and by then there was a huge cohort of kids sniffing,” he said.