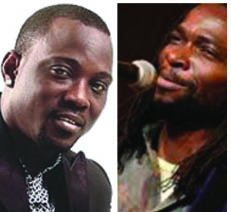 The concert, scheduled to hold on 10 May at the Blue Roof, LTV 8, Agidingbi, Ikeja, Lagos, will see the two natural artistes sharing same stage to deliver vintage music they are both renowned for to their fans and some invited celebrities.

“It is going to be an explosive concert as the two artistes on the bill are very special musicians with cult-like followership. Both Pasuma and Beautiful Nubia have promised to deliver their best and make the gig a memorable one for attendees,” said Ibrahim Adebayo, CEO, Harmony Films & Records Int., who organised the concert alongside ADK Links Ventures.

According to Adebayo, they are breaking from the norm by having an afternoon gig which will kick off at 12 noon.

He added that apart from the two headliners, some of the big shots in the music and comedy circle have confirmed their attendance as guest artistes at the gig.