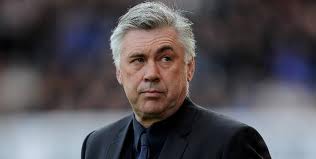 Real Madrid coach Carlo Ancelotti has said that captain Iker Casillas will play for the first time this season in La Liga in upcoming games against Valladolid and Espanyol to keep him match fit for the Champions League final.

Ancelotti took the unusual decision at the start of the campaign to play Diego Lopez in the league with Casillas keeping goal in the Copa del Rey and the Champions League.

However, with nearly a month between Real’s 4-0 thrashing of Bayern Munich to make the Champions League final for the first time in 12 years on Tuesday and the final against local rivals Atletico Madrid on May 24, Ancelotti conceded that Casillas is in need of more game time.

The Italian confirmed that Lopez will start against Valencia on Sunday and away to Celta Vigo next weekend, whilst Casillas will face Valladolid on Wednesday and Espanyol on the final day of the season.

“I have spoken with them and they are both in agreement. I have taken the decision because Casillas needs to play this month. I didn’t think it was fair to leave him out for a month to prepare for the final,” Ancelotti said on Saturday.

Another Madrid player who could make his return to league action after six months out is Sami Khedira as Ancelotti also said the German international would be available to face Valencia.

Khedira suffered cruciate ligament damage whilst playing in a friendly for Germany back in November. However, he returned to training early last month and his presence could be a big boost for Ancelotti with Xabi Alonso suspended for the Champions League final.

“If he is available it means he can play. He has made a great recovery, he is in great shape and obviously he needs to play little by little, but there is the possibility he could play,” added Ancelotti.

Real trail Atletico in La Liga by six points, albeit with a game in hand, and need to win when Valencia visit the Santiago Bernabeu to maintain any hope of an historic treble.

However, even if their chase of Diego Simeone’s men is to be in vain, Ancelotti is determined to keep winning to go into the final against Atletico full of confidence.

“It will not be an easy game, but we need to win.

“It will be important for us to fight for the title because we still have a chance. It would be dangerous to lose our intensity, so the best way to not do that is to win.”

Luka Modric will miss out against Los Che due to a calf problem, but otherwise Ancelotti has no injury worries as Cristiano Ronaldo and Gareth Bale will be fit enough to start together in the league for the first time in over a month.