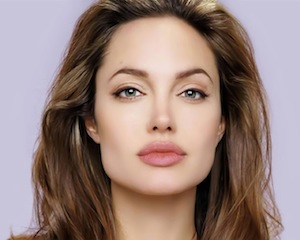 US actress Angelina Jolie on Tuesday condemned as “unthinkable cruelty and evil” the kidnapping of over 200 schoolgirls in Nigeria by Boko Haram Islamists.

The star was speaking in Paris about the themes of her latest film “Maleficent” for Disney, in which she plays a vindictive fairy driven to curse an infant princess.

“Sadly of course there is real evil in the world, you watch the news and you see all of the people suffering and so much cruelty,” she told a news conference.

A total of 276 students were kidnapped in Nigeria’s northeastern Borno state three weeks ago when Boko Haram stormed their school under the cover of darkness and loaded them onto trucks. Several managed to escape but over 220 girls were still being held, according to police.

In a video message obtained by AFP on Monday, Abubakar Shekau, the head of the Islamist group which has killed thousands in a five-year uprising, said it was holding the girls as “slaves” and threatened to “sell (them)”.