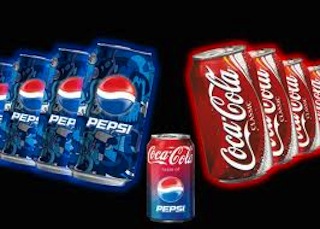 The world’s largest beverage-maker, Coca-Cola, plans to remove a controversial ingredient from some of its drinks brands by the end of this year, following an online petition.

Brominated vegetable oil, or BVO, is found in Coca-Cola fruit and sports drinks such as Fanta and Powerade.

An element of the additive, also found in flame retardants, could have negative health effects, activists say.

A Pepsi spokesman said it also had wider plans to stop using BVO and had “been actively working to remove it from the rest of our product portfolio”.

Pepsi uses the ingredient in its Mountain Dew and Amp Energy drinks sold in the US.

Coca-Cola spokesman Josh Gold stressed the move to remove BVO was not an issue of safety.

“All of our beverages, including those with BVO, are safe and always have been – and comply with all regulations in the countries where they are sold,” he said in a statement.

“The safety and quality of our products is our highest priority.”

BVO has been used as a stabiliser in fruit-flavoured drinks as it helps to prevent ingredients from separating.

The health concerns stem from the fact BVO contains bromide, which is found in brominated flame retardants.

According to medical researchers at the Mayo Clinic, excessive consumption of soft drinks containing BVO has been linked to negative health effects, including reports of memory loss and skin and nerve problems.

BVO was dropped from the US Food and Drug Administration’s “Generally Recognized as Safe” list of food ingredients in 1970.

However, drinks companies are allowed to use BVO at up to 15 parts per million.

In Japan and the European Union, the use of BVO as a food additive is not allowed.

Coca-Cola said it would switch to using sucrose acetate isobutyrate or glycerol ester of rosin, which is commonly found in chewing gum.

Coca-Cola’s decision to remove BVO from its drink reflects a growing move among companies to reconsider certain practices due to public pressure.

The campaign against the use of BVO was begun by Sarah Kavanagh, a teenager from Mississippi, who questioned why the ingredient was being used in drinks targeted at health-conscious athletes.

Thousands of people have since signed her online petition on Change.org to have BVO removed from drinks.