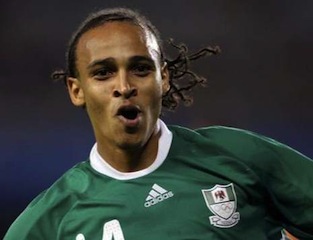 Controversial forward, Osaze Odemwingie has earned himself a place in the provisional 30-man team that is heading to Brazil for the World Cup. The Stoke City striker has scored five goals in 14 games since joining The Potters in January from Cardiff City.

Odemwingie is joined by captain Joseph Yobo and Newcastle forward Shola Ameobi. But Super Eagles Chief Coach Stephen Keshi did not name Ikechukwu Uche in his 30-man provisional squad for the World Cup.

Keshi submitted the to Technical Committee of the Nigeria Football Federation yesterday for ratification before it is submitted to FIFA on or before 12 May.

The 30-man provisional submitted by Keshi to the Nigeria Football Federation is as follows: