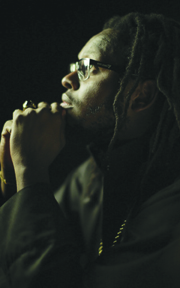 Peters was nominated for “SOS” by Yung L and Burna Boy’s ”Run My Race”.

Also competing in the prestigious award category, which celebrates the artistry and creativity of the music video as a medium, are: Amr Singh for “Heaven” by DA LES; Kyle Lewis for ”Sleepwalker” by The Parlotones feat. Khuli Chana; Terence Neale for ”Ragga Bomb” by Skrillex feat. Ragga Twins.

Celebrating musicians and achievers who have made the most impact on African youth culture throughout the year, MAMA 2014 will feature dazzling performances from African and international artists, including the awards’ signature collaborations between artists of different genres and cultures – a high point of every show.

The winner for Best Video will be chosen by MTV Base.