World Cup: Sterling, Barkley in, Carrick out for England 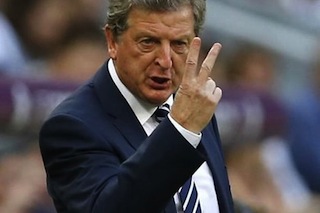 Chelsea left-back Ashley Cole announced his international retirement on Sunday after being informed by England manager Roy Hodgson that he would not be selected and 18-year-old Southampton defender Luke Shaw took his place.

Liverpool’s 19-year-old winger Raheem Sterling was the second teenager in a squad that featured only six players with previous World Cup experience.

Cole’s Chelsea team-mate Frank Lampard was also selected, despite doubts about the 35-year-old’s inclusion, but Tottenham Hotspur right-back Kyle Walker missed out due to a pelvic injury.

England have been drawn in Group D at the World Cup in Brazil alongside Italy, Uruguay and Costa Rica.

The squad are due to fly to Portugal for a four-day training camp next week, before returning to face Peru at Wembley on May 30 in their final pre-World Cup game on home soil.

They will then travel to Miami, where they play Ecuador and Honduras on June 4 and 7, before flying to Rio de Janeiro.

England will be based in Rio’s Sao Conrado district during the World Cup and will open their campaign against Italy in the Amazonian city of Manaus on June 14.