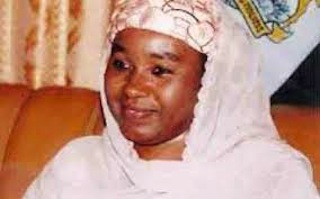 A woman, Hajiya Maimuna Danja, died on Wednesday on her way to Katsina to pray for the release of the abducted Chibok girls.

The woman, who hails from Danja in Danja Local Government Area of Katsina State, died in a car crash on Danja-Katsina road.

She was said to be travelling from her village to attend a special prayer session for the release of the girls, organised by the wife of the Katsina State Governor, Hajiya Fatima Shema.

The governor’s wife, who announced the death of the woman during the prayer session, said one other woman who sustained injuries, was receiving treatment at a hospital.

She prayed for the repose of the soul of the deceased, and also prayed for quick recovery of the injured woman.

Mrs Shema urged Nigerians to continue to fast and pray for the safe release of the abducted schoolgirls, and for peace to reign in the country.

The governor’s wife called on parents particularly mothers, not to discourage their daughters from going to school as a result of the Chibok incident.

She also urged parents to ensure proper upbringing of their children for them to become useful members of the society.

Mrs Shema stressed the need for religious leaders not to distort the teachings of the Holy Books for selfish interest.

Chairperson of High Level Women Advocate, an NGO, Hajiya Mariya Abdullahi, expressed optimism that the girls would be freed unharmed, adding that “nothing is impossible to God Almighty”.

NAN reports that the prayer session was attended by different women groups from across the state.