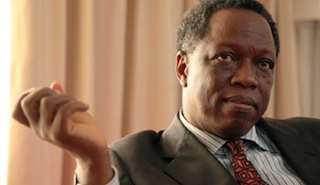 The Nigerian Bar Association, NBA, on Thursday in Abuja, called on President Goodluck Jonathan to reconsider government’s position and negotiate with Boko Haram for the release of the abducted Chibok schoolgirls.

Following the ‘prisoners for girls’ swap deal suggested by Shekau, the sect’s leader in a recently released footage, the Nigerian government rejected the conditional release of the girls, and insisted that the terrorists are not in any position to give conditions for the release of the schoolgirls they abducted about a month ago.

In a speech delivered at the meeting of the National Executive Council of the association, NBA’s president, Chief Okey Wali, a senior advocate of Nigeria, stated that no option should be foreclosed in achieving peace.

Wali maintained that the Federal Government acted very slowly in its response to the abduction.

“While we agree that the terrorist sect Boko Haram should be rooted out, we also advise that no option should be foreclosed to enthrone peace. History has taught us that constructive engagement of such insurgents have sometimes yielded dividends,” he said.

He noted that: “All the years of terrorism in the United Kingdom and Northern Ireland was brought to an end by the 1998 Good Friday Agreement, brokered by the then Prime Minister of the United Kingdom, Mr Tony Blair. Many of us in the Niger Delta, will tell you that we did not believe that the amnesty program of the Federal Government would bring any peace in the region, but it did.”

He also cautioned President against setting up a committee, noting that the present scenario does not require a committee.

The NBA President also called on the federal government to review its strategy for fighting terror as the current strategy is not working in spite of the trillions of
Naira being expended on security.