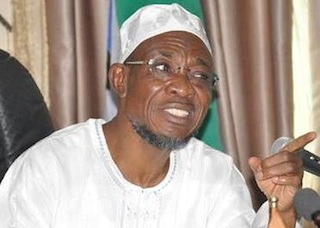 The Osun Government on Thursday warned residents of the state against indiscriminate felling of trees.

Bola Ilori, the Special Adviser to the Governor on Environment and Sanitation, gave the warning in an interview with NAN in Osogbo.

He said that the indiscriminate tree cutting had led to natural disasters such as desertification in northern part of the country, gully erosion in the East and flooding in the West.

He said that the advantages of tree planting to healthy living and sustenance of human existence could not be over emphasised.

While explaining the symbiotic relationship between human and trees, Ilori said that tree cutting had reduced the production of oxygen needed for human survival.

He advised the citizenry to cultivate the habit of planting trees and maintaining clean environment for healthy living.