Four members of the 26-man Edo State House of Assembly elected on the platform of the All Progressives Congress (APC), on Monday defected to opposition Peoples Democratic Party (PDP).

The four lawmakers who were among aggrieved members of the party who announced their defection were Jude Ise-Idehen, representing Ikpoba-Okha Constituency; Friday Ogierhiaki, Oriomwon Constituency II; Patrick Osayimwen, Oredo-East and Rasaq Momoh, Etsako-West Constituency I. 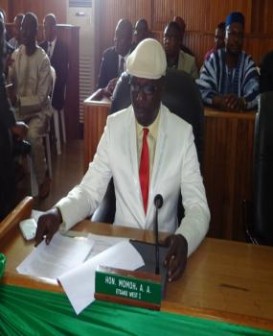 Their defection was announced by the former State Chairman of defunct Action Congress of Nigeria (ACN), Chief Tony Omoaghe, who read out a press statement on behalf of the defectors led by Pastor Osagie Ize-Iyamu

He said they decided to dump the APC because the party refused to accede to their demands which included cancellation of the party’s registration, Ward and Local government congresses in the state.

Reacting to the defection of the lawmakers and the others, the Interim state Publicity Secretary of APC, Comrade Godwin Erhahon, who described the defectors ad seasonal birds, said the party wished them well to the “lions’ den.”

“We wish them well and we wish them safe journey to the lion’s den. And because they are seasonal birds, we are sure we are parting to meet again. And they will come back in the next season.“I congratulate Comrade Oshiomhole for the major relief and assure the people of Edo state that they stand to benefit from the exit of these people. We wish them well,” Erhahon said.