Pan-Africanism: In Search Of A New Africa 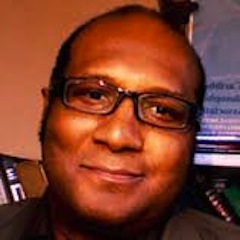 The ‘Middle Passage’ or the New World is the most visible evidence of slave trade and its resultant dislocation of Africa. That made the venue of the conference even more significant in finding a panacea to the continent’s, and its displaced people’s, multitude of problems [issues plaguing Africans] at home and those in the islands of the Caribbean, the Amazon forests of South America and other enclaves elsewhere in Europe. And experts who assembled at the Mona Campus of the University of West Indies under the auspices of the Centre for Black and African Arts and Civilisation, CBBAC, and the Pan African Strategic and Policy Research Group, PANAFSTRAG, did not fail to aggregate ideas that can accelerate growth and development amongst the units of the affected race.

In an address of welcome, Professor Tunde Babawale, Director-General, CBAAC, reminded participants of the knotty issues confronting Africa and which continue to beg for attention. He, as well as some other participants, identified entrenched poverty, economic stratification, wars, and leadership failure as some of the challenges confronting Africa. To this end, he said pan-Africanism became imperative as a vehicle to further “an ideological construct conceived to encourage unity among Africans and people of African descent. It evolves and is premised on the assumption that there is power in unity. Pan-Africanism represents the aggregation of the historical, cultural, spiritual, artistic, scientific and philosophical aspirations of Africans and her Diaspora from the past to the present”.

In the same vein, Senator Brimmo Yusuf, chairman, Board of the CBACC, expressed optimism that pan-Africanism has the capacity to lead the way in bridging the developmental predicaments bedeviling Africans at home and in the new world. In leading the charge for African countries to be at par with others, Brimmo said, “The theme of the conference is informed by the urgent need to reflect on developmental challenges Africa and its Diaspora continue to face and fashion out strategic responses to these problems.

“In the last two decades, it is sad to note (despite independence) that only a few African and African Diaspora countries have recorded significant socio-economic progress. Most of our peers at independence have since left our countries behind. Consequently, the convocation of this conference by the Centre and her partners is a timely response to these challenges.”

Lecturing on specific topics under the broad conference theme, “Toward a New Pan-Africanism: Deploying Anthropology, Archaeology, History and Philosophy in the Service of Africa and the Diaspora”, scholars drawn from Africa, Europe, the Americas and Asia attempted to situate the crises in Africa and its descendant nations across the Atlantic and then proffered solutions. Lewis Gordon, a professor of Philosophy at the University of Connecticut, USA, for example raised fundamental questions aimed at challenging African scholars to be more proactive. He called on African intellectuals to justify the necessity of their academic disciplines in relation to “the existential pre-occupation of individuals”, stating how their work affects the ordinary people in their daily lives.

Gordon, who gave more than a 40-minute moving speech extempore, posed pertinent questions relating to how to create a world that is radically different from the present configuration. In leading the way to finding an answer to this, he opined that disciplines must be “adjusted to focus on the human problems.” He advocated a reversal of what he termed “epistemological colonialisation”, a hangover of colonialism which inhibits progress at intellectual and economic levels. African intellectuals, he advised, must begin to take responsibility for the theories that they propound – and that includes a different ‘organisation of knowledge’ using a model that can replace the Eurocentric approach currently in place in the continent. Before ending his rousing speech, he reminded his colleagues to be conscious of the diverse moulds of scholars and that this in itself does not constitute a problem. According to him, a problem creeps in, when one generation of scholars stands in the way of the other hence this could negate the relational nature of the human race. He concluded that since we gauge our relationship with other people based on how they relate to us, we must strive to have a justification for all that we do.

Also delivering a talk, Professor Olufemi Taiwo spoke passionately about the need to have a modern Africa. In a reflective mode, Taiwo asked the guests, “What does looking back entail?” He noted that the concept implies what is found in relation to what we were looking for. To find a middle course in solving our problems, he noted that it is necessary to look back with the objective of picking valid aspects of our past and bringing them to bear on the present.

The author of Africa Must Be Modern denounced the “Supremacist ideology” where people of other skin complexions treat Africa and Africans derogatorily even until this century. The academic who teaches at the University of Cornell, USA, said the march to modernity implies that Africa must discard being ‘too obedient’ in cowering to the developmental methods we were not part of. He described this as not just indolence on the part of Africans, but “criminal indolence”. There are, in his view, instances replete with the indolence that still grips the African continent and its peoples across the world: we produce what we don’t consume and we consume what we don’t produce.

One of the greatest impediments to Africa’s bid for modernisation, Taiwo said, is failure of leadership which, he noted, results in the continent’s sluggish movement towards nationhood. In the final analysis, he stressed that what is desired is ‘transformation’. When we achieve this, he believes, we can tell our story the way it should be told even while avoiding what he called “The balance sheet approach to the study of history”, a system that he says takes away proper condemnation of what was wrong from the past.

Other delegates also used shared historical experiences between Africans in the continent and Africans abroad to galvanise them to take responsibility in leading the way for their development. Uyilewa Usuanlele of the department of History, State University of New York, spoke on religion, using ‘Obeah’, a traditional ritual practice which, according to the author originated from the Benin Kingdom in Nigeria and is observed in the Caribbean. The salient point in relating this ancient cultural practice to signify how religion, which also connotes history, language and other elements of culture, can constitute a form of identity, even among people spread thousands of kilometres apart from each other. The presenter advised that “more research should be undertaken on this comparative study of the culture and language of Edo people and those of the African diaspora in the Americas”, as a means of integrating the two cultures.

Perhaps, it was Winston Wreford LaRose who dealt explicitly with the vexed issue of identity misplacement among Africans in diaspora. In his paper titled “Identity Erasure and the Progressively Vanishing African Physical Persona: What will be its Ultimate Impact on the Philosophy and Practice of Pan Africanism”, he examined effects of migration and the challenges of identity in communities where multiculturalism is helping to erase original geo-biological human origins. He wonders what the outcome of the “Ultimate impact of this ancient socio-biological process on the Pan-Africanism Movement of the twenty-first century as a result of the rapidly growing socio-political-biological trend egregiously moving toward Identity Erasure of the modern African?” He questions the appropriateness of identity swap and abandonment of the ‘African-molded image’ for an identity that has no bearing with the natural configuration of the migrant. To overcome the schizophrenia that could result in such identity erasures and alterations, LaRose referred to the founding fathers of Pan Africanism such as George Padmore, Marcus Garvey and other African freedom fighters as examples of how to maintain aboriginal identity.

From Asia came Yesu’o Mizobe with the African experience from the Japanese point of view. The author gave an overview of the historical tour-de-force of Africa by Japanese explorers, as exemplified by Takehiko Kojioma. In the articles titled Pan-Africanism and African Nationalism Studies in Japan during the First Half of the Twentieth Century: History of Intellectual Relations between Africa and the Far East, based on Takehiko Kojima’s African experience of 1936, the author traced the post-World War I expedition by a Japanese intellectual to African shores, noting that he opened routes to greater relations despite the interference by the British authorities.

Though not wholly preoccupied with economic interests, the author said that Kojima, the philosopher, was more interested in knowledge-sharing and understanding of the social environment of the people overseas. The wish of the author to nudge his readers to put history to use is captured when he said: “It [history] is actually a rising generation’s ability. Like human beings, a history also dwindles from youth to adulthood.

“The modern age, in which we live, has already been in the vortex of this strong progress to new history.”

He goes on to substantiate this position with a quotation from the subject of his study, who said of his autobiography that “This book on Africa provides the readers intuition to grasp the destinies of Japan and the world, simultaneously; therefore, this is the most memorable work among my struggles towards the creation of a new world history.”

It was not all about academic discourse. Although the intellectuals had a field day sharing ideas, there was adequate room for attendees from the Nigerian film industry, Nollywood, to showcase their work (renowned actors Sam Dede and Modestus Onyekwere, popularly called Kanayo O. Kanayo, and veteran director Tunde Kelani).  Onyekwere explained how the industry evolved, the successes it has recorded and the challenges it is encountering. He ended his session by screening a film in which he starred. Kelani’s Maami was also a source of excitement to the audience who saw it.

Nigeria’s Minister of Culture and Tourism, Chief Edem Duke, praised the timeliness of the meeting. He said as the continent that has been confronted with slavery, low life expectancy figures, insecurity, genocide, prevalent wars and with politically-motivated violence that is being contended with, the conference will lead the way to solving some of the problems. “The situation therefore demands that we retrace our steps by revisiting the ideology that drives the struggle for independence in the first instance.

“Given the problems on the continent, an international conference that explores other ways of surmounting Africa and Diaspora’s numerous problems is appropriate and timely,” he said.

Pan-Africanism became the medium to look closely at the problems of Africa and how they can be tackled. “Pan-Africanism is an ideological construct conceived to encourage unity among Africans and people of African descent. It evolves and is premised on the assumption that there is power in unity. Pan-Africanism represents the aggregation of the historical, cultural, spiritual, artistic, scientific and philosophical aspirations of Africans and her Diaspora from the past to the present,” Babawale said of the body.

The two-day colloquium, which held on 24-25 April, produced a communiqué which aimed at providing solutions to some of the anomalies in Africa. Among other things, the forum identified the disciplines of anthropology, history and philosophy in defining a constructive development agenda for Africa and Africans abroad. The gathering also noted that educational programmes in the affected countries are not structured to enhance the decolonisation of Africans from Eurocentric conceptions. Regrettably, the forum noted the wide chasm that exists between Africans on the continent and those in the diasporan countries. Members agreed to find a means of establishing administrative structures driven by strong intellectual and traditional ideas.