Report: The Ibadan witch that missed her way 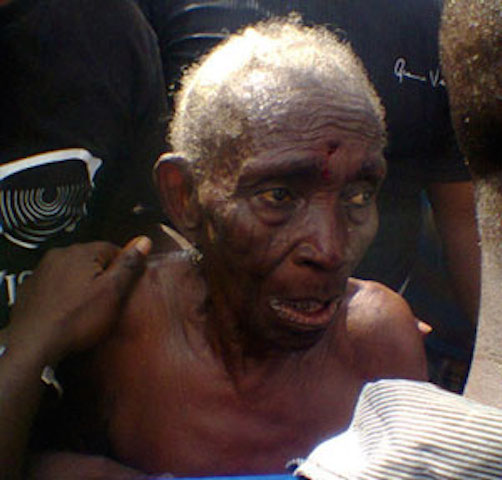 The bird who turned an old woman

A black bird, flying in company of two other black birds, suddenly landed on a moving pick up van, owned by Eko Distribution Company.

Like magic, the bird transformed into an old woman.

Residents of Ajegunle, where this amazing scene happened were said to have been bewildered.

The Vanguardngr.com reported today that old woman confessed to being a witch. She said she was on her way back to Ibadan, where she came from. The woman was not identified.

The dark-complexioned nonagenarian with tribal marks, who spoke in Yoruba,told the crowd that had gathered around her that said she missed her track and her mystical powers disappointed her because it was dawn.

“Everyone ran away at first but we later gathered round the woman only to discover that she had a bruise on her forehead with which she landed”, said a witness simply identified by Vanguard as Okafor.

“When we asked her what her mission was, she said three of them were sent to Lagos from their coven in Ibadan but that on their way back, they missed their way. She said they started hovering in the area until it was morning, adding that she fell because she was tired.

“She also told us that she initially did not want to embark on the journey and that she used to restrict her witchcraft activities to Ibadan because of her age.

“She was thereafter taken to the Baale of Ajeromi, where she confessed to have killed her husband through witchcraft.”

Policemen from Layeni Police Division were said to have been contacted to prevent the woman from being lynched and they came and took her away, said the Vanguard.