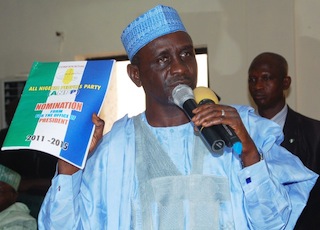 The Muslim Students Society of Nigeria (MSSN) on Saturday said that the society has been serving as a potent tool for national unity and cohesion in the country.

National leader of the society, Alhaji Sirajudeen Folayemi, made the remark at the union’s 60th Grand Finale Anniversary Lecture in Abuja.

According to him, it would continue to contribute its quota to the development of the nation.

He said that the society’s members cut across all the geographical and ethnic barriers which made it easier for it to come together and plan for the good of the country.

Folayemi said that the society had succeeded in promoting national integration and building bridges through its programmes and activities.

According to him, the society’s activities emphasise the values and brotherhood of Islam in particular and unity of mankind in general.

He said that the major aim of the society was geared toward giving a proper reorientation to the future leaders “as we believe that morality, right attitude and dignity of labour was the gateway to national development.

“Today, the society has continued to produce generation of outstanding leaders who have contributed immensely to the nation’s development.

“The society has succeeded in bringing the Muslims in closer union and inculcating in them true Islamic spirit and faith in Allah.

“It has also promoted and defended the general welfare of the Muslims and also defended their fundamental human rights in any community,” he said

The Guest Speaker, Alhaji Ibrahim Shekarau, former governor of Kano State, said as a member of MSSN early in his life and till date, the union implanted in him a broad view of Islam.

He called for the revitalisation of the society so that it could continue to train Muslim students to stay upright and turn out graduates ready to contribute to meaningful societal development.

“Most Muslim students gained their understanding of Islam as a way of life through MSSN, especially its organised lectures, workshops and symposia,” he said.

The former governor called on both the old and the new members to come together and move the society and the nation forward.