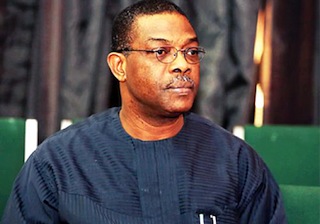 The Nigerian National Petroleum Corporation (NNPC) has announced a shutdown of its System 2B Pipeline as a result of a fire incident sparked off by a gun battle between suspected oil thieves and policemen deployed to protect the pipeline.

A press statement signed by Group General Manager, Group Public Affairs Division of NNPC, Ohi Alegbe, the Corporation stated that preliminary report from the police indicates that men suspected to be oil thieves dressed in military uniforms and armed with AK47 riffles came in 12 boats to attack the police on guard duty at the Arepo section of the pipeline.

“The gunfire exchange between the pipeline vandals and the policemen apparently sparked off an explosion on the pipeline resulting in an inferno. The police have reported that 9 of its men are still unaccounted for, while those that survived the attack sustained bullet wounds and have been taken to the hospital.

All the police boats were capsized in the creek rendering it difficult for the police to move in search of their men,” Alegbe said.

He noted that: “Under the circumstances, it is not possible to send our engineers into the area now. However, we intend to use water from Atlas Cove to put out the fire. This will take a full day of pumping. Thereafter, based on the security situation and clearance from the police we will move in to effect repairs.”

He assured that the incident will not affect products supply as all the inland depots serviced by the System 2B pipeline have enough stock of products that can take care of demand until the situation is brought under control.