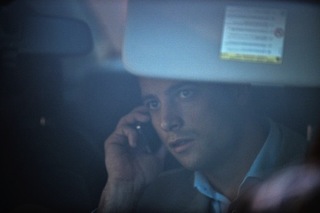 South Africa’s murder-accused paralympic hero Oscar Pistorius Monday arrived at a psychiatric hospital to begin up to 30-days of tests Monday, as ordered by a judge during his trial.

A car ferrying the double amputee athlete whisked him inside the Weskoppies Psychiatric Hospital, west of Pretoria.

Security was tight at the entrance of the drab red-brick public hospital, whose patients often come from poor backgrounds.

In a bid to avoid media attention, the athlete ditched the grey SUV vehicle that normally drives him to court, arriving in a sedan with tinted windows.

There was no sign of family and friends who often arrive in court with him to offer support.

Last week, Judge Thokozile Masipa ruled that the Paralympian sprinter should report to the hospital as an outpatient every work day from morning to 1400 GMT from May 26.

The ruling came after a defence expert witness testified that the 27-year old who is accused of killing his girlfriend Reeva Steenkamp, suffers from generalised anxiety disorder.

Pistorius is accused of shooting dead Steenkamp, a 29-year-old model, at his Pretoria home after a row. He says she was killed by accident after he mistook her for an intruder.

Pistorius’s defence team have sought to show that his violent reaction to a perceived intruder in his home stemmed from a deep-seated anxiety that began to fester after the amputation of his lower legs as a child.

His trial has attracted global media attention, with evidence showing a turbulent relationship between the new couple.

The state argues that the murder was premeditated, a charge that could see him sentenced to life in prison if found guilty.

The case was last week postponed until June 30, while the athlete undergoes testing.