Donations not immunity against arrest - FRSC 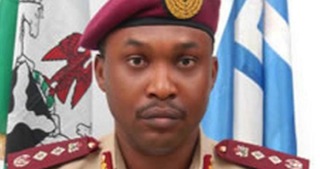 The Federal Road Safety Corps (FRSC) on Monday said that it would not hesitate to arrest any donor flouting traffic rules.

The Lagos Sector Commander of the corps, Chidi Nkwonta, said in Lagos that many individuals and organisations had made donations to the corps but that such donations would not serve as immunity against their arrest.

“In the last few months, we have received a number of donations to aid our operations.

“This month alone, the KASMAG Transports Nigeria Ltd. constructed a befitting office for our Ojota Unit Command to aid road safety operations on that corridor.

“Ojota Unit is strategic on Lagos-Ibadan Expressway; if the work environment is suitable, the officers will be pleased to work perfectly.

“The donor changed cubicle office to an edifice. We have also received a donation of patrol vehicle from the Bi-Courtney this month which marked the fourth vehicle we are getting in the past seven months.

“People are donating things to us in other unit commands to aid our campaign for zero death on our roads.

“The donation, however, is not meant to compromise us that when we see the donors driving dangerously, we should not arrest them,” he said.

According to him, everywhere, people assist road safety corps because of the relevance of the corps’ operations.

“People appreciate what we are doing and our constraints; they appreciate the sacrifice we are making. If they leave us alone, we cannot work by ourselves,” he said.

Nkwonta said that the corps was not discouraging public spirited-individuals and organisations from assisting the corps in its operations.

He urged that such assistance should be extended to the police and other security agencies to aid their operations.

“All organisations want to work but the problem is the facility to work with. Government alone cannot do it,” he said.

The FRSC boss assured Nigerians that the corps would do better with more support. He also called on FRSC officers to be more committed.

NAN reports that, a donor, Alhaji abdul-Ganiyu Omoola, the Managing Director of KASMAG, had urged FRSC not to be influenced by any donation in the discharge of its duties.