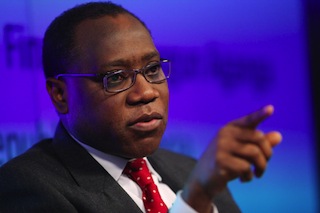 The Nigerian Association of Small Scale Industrialists (NASSI), Bauchi State Chapter, has said the Federal Government’s plan to establish industrial cities in seven states and the FCT was commendable.

The Chairman of the association in the state, Malam Tijjani Jallaba, said this in an interview with NAN in Bauchi.

Jallaba said the industrial cities, when established, would go a long way in boosting the nation’s industrialisation drive.

“I think we can give this project a 50/50 chance of either taking up or dying like the previous programmes”.

He said that small scale industrialists did not have the capacity to construct the needed road network, provide water supply and electricity for industrial cities to thrive.

Jallaba also said that if industries were located in clusters would boost market potential develop expertise and ensure the sustainability of the industries.

He expressed optimism that the programme would be successful if the federal government provided the enabling atmosphere as well as the infrastructure that would attract private investors.

NAN reports that the Minister of Industry, Trade and Investment, Dr Olusegun Aganga, said at the 2014 Joint Planning Board (JPB) meeting held in Bauchi that the cities would fast track the nation’s industrial growth.

He said the states that would benefit from the pilot scheme included Akwa Ibom, Enugu, Lagos, Delta, Ondo, Kano, Niger; and the Federal Capital Territory, Abuja.