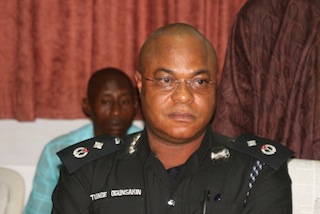 The Commissioner of Police in Rivers state, Tunde Ogunsakin, has said that two policemen and two bank officials have been shot dead by suspected armed robbers on Wednesday at Igurunta, near Port Harcourt.

Ogunsakin told NAN in Port Harcourt that the incident occurred as the bankers were conveying money to the airport.

He said that the affected policemen were on mufti and not officially assigned to provide escort when the incident happened.

“Our anti-robbery unit and other units are on the trail of the robbers. The command has launched a serious manhunt for the robbers to bring them to book,” he said.

Ogunsakin said that the command, however, could not ascertain the actual amount of money carted away by the fleeing robbery suspects during the attack .