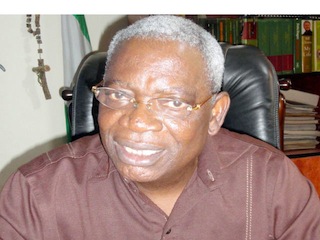 The All Progressives Congress (APC) has constituted a sub-committee out of its National Convention Committee to work out an arrangement to zone the party’s national offices ahead of its forthcoming national convention.

Senator Joseph Waku, a member of the convention committee, disclosed this to journalists on Tuesday shortly after the committee’s close-door meeting at the Sokoto State Government Lodge in Abuja.

Waku said the committee would continue to fine-tune modalities on how to zone the party’s national offices and ensure there is no rancour in the party.

Waku, however, declined to name the membership of the sub-committee.

He said that the committee also constituted sub-committees to deal with different responsibilities toward ensuring a successful national convention of the party.

“We have just constituted some sub-committees for our convention, especially those that will zone the national offices.

“We will converge today (Tuesday) to fine-tune on how these sub-committees will work, especially when to submit their reports to the National Convention Committee.

“Membership of some committees were not complete at the meeting; so we will continue with our meeting today to address some of the issues that are still pending.”

It would be recalled that the APC had inaugurated a 15-member committee ahead of its national convention scheduled for June 13 and 14 in Abuja.

Governor Aliyu Wamakko of Sokoto State is the chairman of the committee, while Senator Chris Ngige is the secretary.