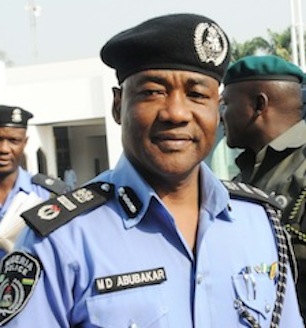 Contrary to the directive of Joseph Mbu, the Federal Capital Territory, FCT police commissioner yesterday, the authorities of the Nigeria Police said on Tuesday that it has not banned peaceful rallies in every part of Nigeria.

In a press conference in Abuja on Monday, Mbu announced a ban on all protests directed at pressuring government to take action over 200 students abducted at a school in Chibok, Borno State on 15 April.

In the directive, it was believed that the Commissioner’s ban order was targeted at members of Abuja family of #BringBackOurGirls Movement which has been organising daily sit outs in Abuja for over 30 days to ensure that the issue of the abduction of the girls remain a front burner of political discourse.

The Federal Government has accused the group led by Dr. Oby Ezekwesili, a former minister of Education of being used by the opposition All Progressives Congress.

Mbu yesterday said the protests was becoming a nuisance and was about to be hijacked.

“Information reaching us is that some dangerous elements will join the groups under the guise of protests and detonate explosives aimed at embarrassing the government,” Mbu said while announcing a total ban on the group’s daily sit out.

The protesters however filed a suit against the Police order in an Abuja court on Tuesday as they argue that the ban violates constitutional guarantee rights of freedom of expression and assembly.

In what seemed a volte face this afternoon, the Police High Command in a statement issued few hours after the case was filed said it has not issued any order banning peaceful assemblies/protests anywhere in Nigeria.

But the Police High command also tried to justify Mbu’s directive in a statement signed by Frank Mba, its spokesperson.

“It notes however that against the backdrop of current security challenges in the country, coupled with a recent intelligence report of a likely infiltration and hijack of otherwise innocuous and peaceful protests by some criminal elements having links with insurgents, the Police only issued advisory notice, enjoining citizens to apply caution in the said rallies, particularly in the Federal Capital Territory and its environs.

“Reminding citizens of the earlier position of the Force on peaceful rallies, which the Police High Command regards as the constitutional and democratic rights of Nigerians, the Inspector-General of Police, IGP, M D. Abubakar, stresses the need for the organisers of such rallies to ensure that they seek proper advice and guidance from the Police before engaging in any such exercise so as to avoid any unpleasant circumstances.

“The IGP calls on the general public to see the present position of the Force as a necessary sacrifice for the peace our nation needs, as security is a collective responsibility.

“Consequently, citizens are strongly advised to reconsider their positions on the issues of rallies and protests in FCT until the existing threats are appropriately neutralized and removed from our midst by relevant security agencies.

“Meanwhile, the IGP reassures citizens of the commitment of the Force to the protection of lives and property and advancing the course of democracy in Nigeria,” Mba said.