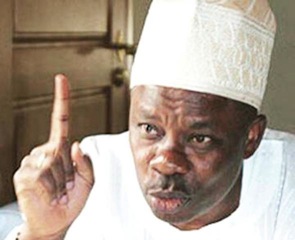 Governor Ibikunle Amosun of Ogun State, southwest Nigeria has revealed that his government would soon embark on the upgrade of motor parks in the state.

Amosun disclosed this Wednesday while receiving the national executive members of the National Union of Road Transport Workers (NURTW), led by its National President, Alhaji Najeem Yasin at his Oke-Mosan office in Abeokuta.

The governor said government officials have assessed the parks and the designs for the project are ready.

“We want to make sure that we continue to create an enabling environment for transport workers to operate. Officials have been sent to do the assessment of motor parks in various parts of the state and we have been given the designs. Any moment from now, we should start with about two parks in each senatorial district of the state,” he promised.

He thanked the national executive of the union for establishing a driving school in the state and urged transport workers to reject inducements from politicians, who may want to drag them into politics as the election year approaches.

Amosun commended the transporters for their peaceful conduct across the state in the last three years.

Yasin appreciated the governor for his urban renewal programme and the allocation of buses to the union.

He stated that the members of the union will reciprocate the kind gesture by giving him their votes during the coming governorship election in 2015.

“Come 2015, we have no doubt that with what we have seen on ground, you are coming back for another term. The union is behind you and we are going to support your administration.

Anybody that has been to Ogun in the last three years will know that dividends of democracy are being showcased here,” he said.