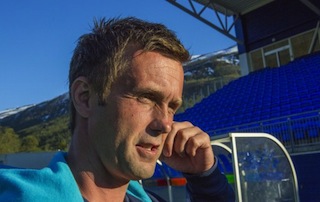 Norwegian Ronny Deila has been appointed manager of Scottish champions Celtic on a 12-month rolling contract, the club announced on Friday.

The 38-year old former defender takes over from Neil Lennon, who left the Scottish champions two weeks ago after four years in charge.

“I will treasure this opportunity and will give everything I have to achieve success for Celtic and our wonderful fans,” said Deila, who guided Stromsgodset to their first title in 43 years last season and won the Norwegian Cup in 2010.

“Celtic is in great shape and the club has enjoyed real success in recent years due to the hard work of Neil and his team.

“I want to carry on this work and continue to bring happy times to Celtic. I can’t wait to get started on this journey.”

Deila will be presented to the press later on Friday.