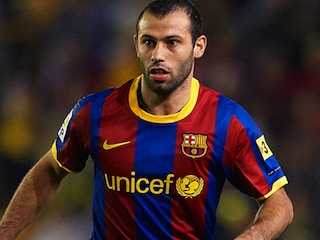 Argentine midfielder Javier Mascherano has extended his contract with Barcelona by two years until June 2018, with the option of a further season, the club announced Saturday.

Barca stressed that there was a buyout clause of 100 million euros in the contract of the 29-year-old.

Mascherano arrived at Barcelona from Liverpool in 2010 and he has played 184 matches for the Spanish giants.

Mascherano is currently with Argentina preparing for the June 12-July 13 World Cup finals. The South Americans are in Group F with Bosnia, Iran and Nigeria.