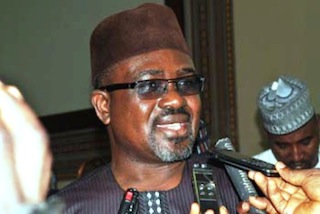 The Federal Government said on Sunday that 60 foreign and 4,000 local companies were participating in the country’s mineral exploration.

The Minister of Mines and Steel Development, Musa Sada, told NAN in Abuja that the firms had been registered to explore and exploit the minerals.

Sada said that the investors were attracted to the sector because of the country’s rich mineral resources.

The minister said the companies had acquired mining titles and were at various sites doing exploration and reconnaissance activities.

He added that some of them had extracted samples and sent them to their countries of origin or relevant laboratories for analysis.

Sada said the participation of the companies in the sector would generate employment, create wealth and improve capacity utilisation of manufacturing companies, while increasing the revenue base and promoting import substitution.

However, the minister explained that exploration had no returns on investment, adding that it was just about data gathering to enable investors take plausible mining decisions.

He said there was the need for the Nigerian Investment Promotion Commission (NIPC) to educate foreign investors on the exploration and mining aspects to enable them to understand the sector better.

Sada said that investors ought to be aware of when returns on investments would like to start coming and the kind of requirements they should fulfil before investing in mining.

“It is not as if the minerals are there for investors to buy and sell.

“You have to do a lot of work on the minerals. Like I keep telling people, mining is a marathon and not a 100 metre dash,” he said.
He noted that some of the richest entrepreneurs in the world were those involved in mining business.

“The richest woman in the world owns iron mines in Australia which she inherited from her grandfather,” he said.

Sada said that the ministry had established a mineral and metal centre to attract investors and to enable them to have access to the right information about the solid minerals sector.

“Having gone round to some conferences and investment promotion gatherings, we realised that sometimes it’s a bit difficult for investors to get the right information about the sector in the country,” he said.