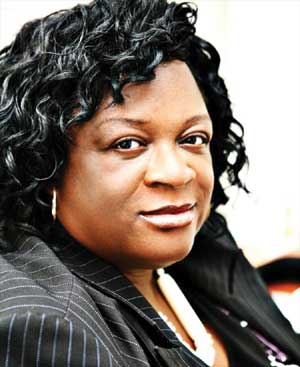 The event tagged “Night of Tributes” was attended by A-list Nollywood stars like Richard Mofe-Damijo, Ego Boyo and Kunle Bamtefa.

Kunle Bamtefa was the lead actor in Amaka Igwe’s sitcom, “Fuji House of Commotion” described Amaka as indispensable. “After working with Amaka I didn’t feel like working with another producer again,” he said.

Like Bamtefa, Ego Boyo who shot to prominence starring as one of the lead heroine in Amaka’s “Checkmate” said: “She brought out the talent in me, she’s my sister and my friend.”

Chris Ihidero said her loss in unthinkable. “There must be a huge vacancy in heaven that no one could fill but Amaka Igwe,” he said.

Gloria Ene said: “We mourn her, yes, but we also celebrate her,” referring to her impact on the movie industry.

“Like Johnny Walker, she kept pressing on even in the face of discouragement,” Thelma Utigwe Oti stated.

While Ruby Igwe said she was optimistic she will see her again. “I am mourning your absence not your present location, I will see you again but not very soon.”

Dr Bola Oyeleye said Amaka would be the perfect producer if movies are shot in heaven. “If she’s probably shooting a movie in heaven, it will be titled “The Heavenly House of Serenity”.

Bernard-Oti’s submission was not any different. “Precious is the death of Amaka, she was a saint,” she said.

Mr Dewunmi Ogunsanya simply said Amaka’s legacy will never die while Wangi Mba Uzoukwu said: “Her legacy lives on, and Africa Magic will make sure that what she did produce will be highlighted and she will be celebrated always.”