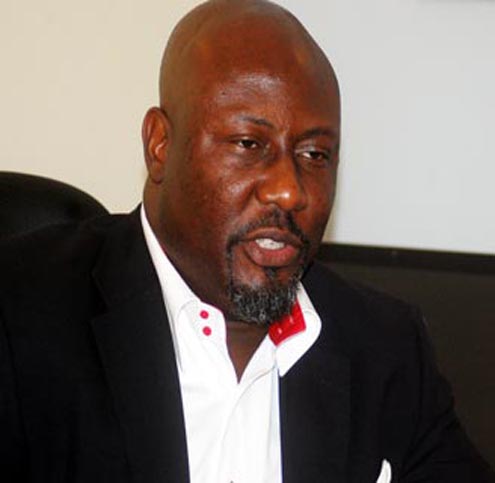 An Abuja High Court on Wednesday ruled in favour of Dino Melaye that the Nigeria Police Force lacks the powers to prevent or stop rallies or prossessions held in respect of the over 200 female students of the Federal Government College, Chibok, Borno State.

Trial judge, Justice Abubakar Talba, declared that the Public Order Act, Cap 382 Laws of Nigeria 1990, which the police purportedly relied on, does not authorise men of the NPF to disrupt rallies or procession on the issue of the abducted Chibok girls.

The judge made this declaration while delivering judgment on a fundamental rights enforcement suit filed by former House of Representatives member, Dino Melaye, challenging the disruption last May, of a rally he led in Abuja in relation to the abduction of the school girls by Boko Haram.

The court declared as  unconstitutional the arrest of, and assault on Melaye by men of the police during the 9 May rally in Abuja.

“The arrest of the applicant as well as the threat to further arrest him in respect of rallies or procession is unlawful. The disruption of peaceful rallies and procession by agents of the police is illegal and unconstitutional,” said the court.

Consequently, the court  ordered the Inspector General of Police and the FCT Police Commissioner to tender a written apology to Melaye as provided for under Section 35(6) of the Constitution of the Federal Republic of Nigeria.

Furthermore, the court also granted an order of perpetual injunction restraining the police from further harassing, molesting, intimidating, abducting, arresting, detaining and prosecuting Melaye in respect of peaceful rallies or procession in Abuja or any part of Nigeria and awarded a cost of  N150,000 in damages against the police and in favour of Melaye.

The former lawmaker had sued the police shortly after he was arrested and molested by policemen during the 9 May rally in Abuja which he led to protect the Federal Government’s seeming inaction over the 14 April abduction of the Chibok girls.