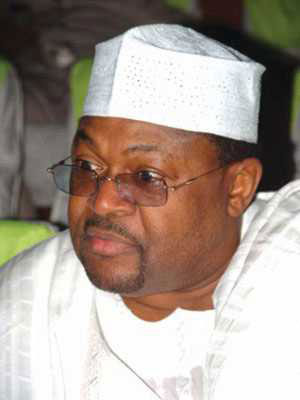 National telecom operator and major sponsor of the Super Eagles, Globacom, has given further insight into why it assembled its music ambassadors to produce three theme songs aimed at firing up support for the team’s success in the 2014 World Cup starting on Thursday.

The songs are Power to Win, powerfully delivered by Flavour and MI; Raise Your Voice , anchored by the Glo All Stars, as well as a medley of popular Nigerian Supporters’ Club chants which Nigerians are enthusiastically downloading as ring back tunes.

The refrain no lele, no yawa in the Raise Your Voice song which in popular Nigerian Pidgin English means “no worries” is resonating with Nigerians who love the re-assuring words in the song. The lyrics  says amongst others, that we would raise our flag, we would shine our eyes, we would raise our voice and defend our name. No dulling Naija!. Velvety voiced Waje, inimitable Omawumi and sonorous-voiced Chee combined with other A list Glo ambassadors to encourage Nigerians to join their voices to support Eagles’ World Cup campaign.

The Supporters’ Club chant is a medley of folkloric and religious songs in the three major Nigerian languages of Igbo, Hausa and Yoruba. These songs are prayers to God, meant to serve as rallying appeal to Nigerians to support the Super Eagles with prayers and positive comments. Indeed, the Raise Your Voice song seeks to achieve this by catching the attention of all.

The Supporters’ Club chants begin with a call for fair officiating in Yoruba language, urging the referee to be impartial. This is closely followed by other prayerful Yoruba songs tagged Baba ti bawa se and Sa ma sinwalo, expressing the hope that God would see the Super Eagles through the World Cup campaign. All the Yoruba songs were anchored by Wande Coal.

The Igbo choruses, led by Flavour and Naeto C, have great danceable instrumentations that create a picture of football action on the field of play in the peoples’ minds when the song is played. The beats also elicit interminable thirst and hunger for victory for the Super Eagles each time they take to the field during the World Cup matches.

Chief amongst the Igbo songs are the Otitikpokpotikpo,an Igbo exhortative chant and Onye n’eme nma which exalts the goodness of God.

Choruses rendered in Hausa were anchored by Bez Idakula who hails from Nasarawa State. With the other ambassadors backing him up, he sang the universal Ole, Ole!, a celebratory chorus that inspires teams to victory.

The song like When Nigeria beat Brazil reminds Nigerians of the golden moment when the country won the Olympic gold medal in football at the expense of football giants like Brazil and Argentina.

Globacom said the essence of the songs was to create the belief in the Super Eagles and Nigerians that with hard work, dedication and the support of 160 million passionate Nigerians, the team can excel in Brazil.