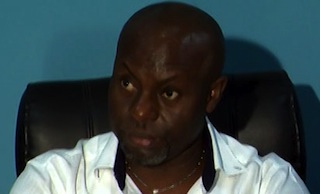 The National Union of Petroleum and Natural Gas (NUPENG) said on Tuesday that had suspended its planned nationwide strike.

NUPENG’s President, Igwe Achese, who announced the suspension at a news conference in Abuja, said it was to allow for the outcome of the investigation by the government team.

He said that the team comprised the National Judicial Council (NJC), the State Security Service (SSS), and the Ministry of Labour and Productivity.

Achese said that the strike was shelved by the union’s leadership to allow the government team to investigate the union’s crisis with Independent Petroleum Marketers of Nigeria (IPMAN).

He said that the call for the strike followed the failure of IPMAN to implement the 2009 agreement due to the ongoing leadership tussle.

Achese said that the union was committed to the protection of the interest of its members who constituted the majority of the work force in IPMAN.

Noting that the union would wait for the outcome of the 30 June meeting of officials of the ministries of labour and justice on their mandate to resolve the crises.

Achese clarified that the union had no intention of inflicting any form of hardship on the Nigerian populace, but was only interested in protecting the welfare of its members.

The union boss also emphasised that the suspension of the strike did not mean that the union had completely cancelled the strike.

“The decision to suspend the strike which would have commenced today nationwide, after the 14 days ultimatum earlier given to the government elapsed, followed massive consultation with other members of the union.

The union boss cautioned against the balkanisation of the Nigeria National Petroleum Corporation (NNPC) as a pre-condition for the passage of the Petroleum Industry Bill (PIB) by the National Assembly.

He called for the passage of the bill first, noting that all stakeholders in the industry could then discuss the way forward in the sector.

“As a union, we are not against the privatisation of refineries, but we insist that the Turn-Around-Maintenance (TAM) must be carried out.

“Pipelines must be secured and government must make sure new refineries are built.

“We urge government to pursue vigorously the passage of the PIB bill at the National Assembly before discussing the division and new business model for NNPC.

“We do not want the Federal Government to unbundle the Nigeria National Petroleum Corporation (NNPC) before the passage of the Petroleum Industry Bill (PIB),” Achese said.