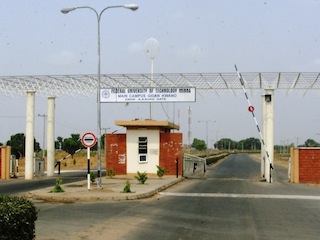 Akanji told newsmen in Minna on Tuesday that of the 7,842, 6,394 would receive first degrees, while 576 would bag Master’s degrees.

The vice chancellor said 45 others would bag PhDs, while 467 would receive Post-Graduate Diploma.

A further breakdown of the graduates showed that 82 students graduated with First Class, 1,533 with Second Class Upper division, while 3,000 others had Second Class Lower Division.

The breakdown showed that 1,563 came out with Third Class, while 216 got Pass degrees.

Akanji said certificates would be issued to the graduates of 2010/2011 and 2011/2012 sessions, while those of 2012/2013 would receive copies of their academic transcripts immediately after the ceremony.

The certificates of 2012/2013 graduating students, he added, would be ready for collection as from the last week of October, 2014, and attributed the delay to the fact that their results had just been approved by the Senate of the university.

“I am happy to inform you that graduates of this university can now obtain their academic transcript not later than two weeks after submission of application of request,” he said.

The vice-chancellor also expressed satisfaction that the university had gained international recognition, and explained that it was currently ranked 64th in Africa and 4th in Nigeria.

“Our lecturers have continued to compete and win research grants nationally and internationally, while our students continue to win various prizes,” he explained.

He pledged to rededicate the institution to the service of humanity by engage in relevant researches and getting involved in community services in consonance with the motto of the institution which is “Technology for Service”.