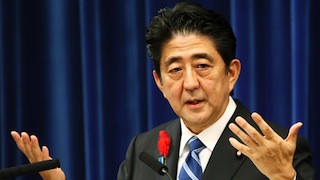 Japan on Wednesday finally fell into line with other developed countries and made the possession of child pornography illegal.

The upper house of parliament overwhelmingly voted in favour of a bill revising laws under which only the production and distribution of child pornography were banned.

The legislation cleared the lower house earlier this month.

Campaigners had long urged Japan to toughen its stance on child pornography.

The new legislation bans possession of photographs and videos depicting real children aged below 18; it does not include drawings.

The law says anyone who “possesses child pornography for the purpose of satisfying his/her sexual interest” faces being punished with imprisonment of up to one year, or a fine of up to one million yen ($9,800).

In order to encourage disposal of material, the penalties will be delayed for one year after the revised law comes, which is expected possibly in July.

Japan has a large pornography industry, and visitors to the country note the ubiquity of sexual imagery and the huge volume of material available.

Despite calls for manga imagery to be included in the new rules, there was strong resistance from manga artists, free-speech advocates and publishers, who said it would impinge on freedom of expression and allow authorities to make arbitrary decisions about art.

Strong societal memories of strict state censorship in the run up to Japan’s disastrous entry into World War II play into such debates, with dissenters warning of the danger of allowing the government to control the press.