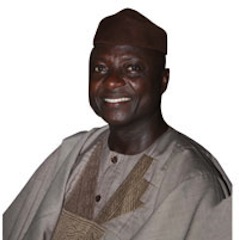 In a dramatic twist on Wednesday, the scheduled arraignment of the Ekiti state Commissioner for Integration and Inter-Governmental Affairs, Fuminiyi Afuye and eleven other members of the All Progressive Congress, APC, before a federal high court in Abuja was stalled following the absence of the police prosecutors who filed the charge.

When the matter was called, the police prosecutors were no where within the court. The accused persons were also not brought to court. The arraignment was subsequently further adjourned to Thursday.

However, a notice for discontinuance filed this morning at the court’s registry by the Nigerian Police Force was sent to the court shortly after the court finished sitting for the day.

In that notice of discontinuance signed by DSP Oloye Torugbene of the Legal / Prosecution Section of the Police Force Headquarters, the police indicated its intention to discontinue with the case against the commissioner and the eleven other chieftains of the APC.

“This discontinuance is also necessitated by the need for further investigation in the case” reads part of the notice.

Following a recent violent clash by party supporters in Ekiti, during which a man identified as Peter Akin was killed with many vehicles and properties destroyed, the federal government on filed the three counts terrorism charge against Mr. Funminiyi Afuye, the commissioner for Integration and Inter-Governmental Affairs alongside eleven others before a federal high court in Abuja.

The charge which was filed in the name of the Inspector General of Police, IGP, is marked: FHC/ABJ/CR/118/14 and signed by Deputy Superintendent of Police (DSP), Oloye Torugbene.

The embattled commissioner, Afuye had earlier dragged the Police before an Ekiti state high court where he claimed to have been physically assaulted by a Mobile Police Commander, Mr. Gabriel Selenkere. He is asking for N1 billion in damages for physical assault on his person and unlawful detention.

In the alleged terrorism charge before the federal court in Abuja, the commissioner and the others were accused of conspiring with each other to commit an act of terrorism at Ijegbo Round About to wit: “Using dangerous weapons/devices at Oluyemi Kayode Stadium, which resulted in destruction of properties and the death of one Peter Akin (M) and injured several other persons.

They were accused of committing an act of terrorism by using dangerous weapons at Ijigbo Round About and Oluyemi Kayode Stadium and shooting Peter Akin to death.

They were also alleged to have incited, promised and induced other persons to commit an act of terrorism, which resulted in the destruction of valuable properties, such as motor vehicles, motorcycles, etc.”

According to the charge, the 12 accused persons allegedly committed the said offences on June 8, 2014 while the said offences are punishable under sections 1(2)(d), 2(2)(h) and 17 of the Terrorism Prevention (Amendment) Act 2013.