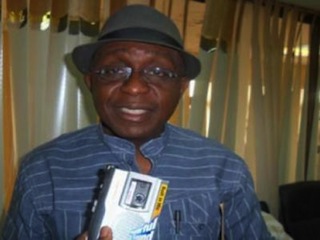 The National Association of Polytechnic Students (NAPS) on Tuesday appealed to the Federal Government to attend to the demands of the Academic Staff Union of Polytechnics (ASUP) for their sake.

The President of NAPS, Mr. Sunday Ogbonnaya made the appeal in an interview in Abuja.

He said that the appeal was one of the resolutions made at the end of its National Executive Council meeting.

“We are giving the Federal Government and NAPS two weeks to resolve their differences; otherwise we will shut down the entire system.

“We will make sure that we drag ASUU and other relevant unions in the education sector to be part of the protest.

“Federal Government and ASUP should take advantage of these two weeks to finalise and implement their agreements.

“There is also the need for ASUP and the state chapters to be united in order for them to achieve their purpose.

“There is also the need for them to go back to the negotiation table to ensure final resolution to all the problems,” he said.

According to him, the meeting agreed that ASUP should sit with the FG delegation to end their crisis and call off the strike to save polytechnic education.

The NAPS president said the ongoing strike was putting on hold the future of the students, which he said was dangerous for the country.

He urged the Ministry of Education to forward a memo to the National Assembly to request for a supplementary budget that would meet the demand of ASUP and COEASU.

He commended the National Assembly for its intervention at bridging the gap between the HND and B.Sc certification.

He, however, appealed to the office of the Head of Service to commence the implementation of the recommendations for career progression for holders of HND in the civil service.

“We appealed to the Head of Service of the Federation, Alhaji Bukar Aji to commence the implementation of past recommendations aimed at protecting the HND holders.

“The opportunity if given will put the HND holders at par with the university graduates.

“Since the job description of the HND holders are same with their B.Sc counterpart, that is the only way to avoid confrontation from polytechnic students in Nigeria,” he said.

He said that the meeting also appreciated the current committee set up by the Federal Government to put finally to rest all issues concerning the HND discriminations.

The meeting wondered why the HND holders were not the main constituent of the committee.

He said that the meeting called for the inclusion of HND holders as the only parameter of trust and confidence that polytechnic stakeholders could hold on to.

He said that the council also condemned the brains behind the dreaded Boko Haram group and appealed to them to stop playing politics with the lives and future of young Nigerians.