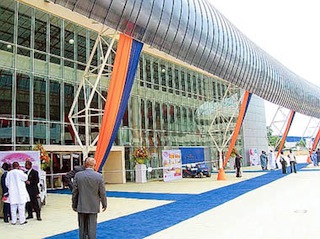 The Federal Airports Authority of Nigeria (FAAN) on Saturday said it had intensified special security check of individuals and vehicles accessing all the nation’s airports.

The General Manager, Corporate Affairs of FAAN, Yakubu Dati, said this in an interview with NAN in Lagos.

Dati said that the authority was committed to securing the airports and their users against pilfering and terrorism. He warned that all persons found loitering around any of the nation’s 22 airports would be arrested and prosecuted.

He said strict security measures were put in place to check the menace of touting and terrorism. According to him, all illegal structures around airport runways, particularly in the Lagos area, will be demolished.

“All necessary gadgets have been put in place and we are putting more to ensure the safety of all airport users. All movements are now being closely monitored and recorded.

“We have been compelled in the past to bar some individuals or bodies from the airports for security reasons.

“There is also now a restriction on the issuance and use of on-duty cards at the airports.

“We believe that some persons should not have unhindered access to restricted areas at the airports,” the official said.

Dati added that all airlines had been advised to ensure the compliance of all their passengers and staff with safety regulations and security procedures.

He reiterated that the ban on commercial motorcyclists, touting, loitering, hawking and littering of refuse at the airports was still in force.

According to him, the laws stipulate that all violators will be liable to a penalty of N50,000 or six months imprisonment or both, on conviction.

“All abandoned vehicles and others not parked at designated car parks will be towed, while overnight parking is not allowed at the airports,” he added.

Dati urged travellers to always arrive early at the airports to enable them to undergo departure formalities and appropriate security check without delay.