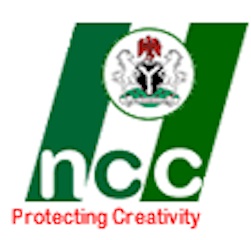 The Nigerian Copyright Commission (NCC) on Tuesday said it intercepted and seized pirated cinematography, musical and educational books worth N10 billion from January 2012 to date.

Nkwocha explained that other seizures include home movies, literary, inspirational and educational books.

He said that over 17 container-loads of pirated books and other confiscated merchandise had been seized between January 2012 and June 2014.

“Over 17 containers of pirated cinematography, musical, movies, and inspirational books have been seized in the last two years.

“Some of the materials are best-selling American titles: ‘Daughter of Destiny’ by Kathryn Kuhlman, ‘Me and My Big Mouth’ by Joyce Meyer and ‘The Midas Touch’ by Kenneth Hagin.

“Others are ‘Mysterious Secrets of the Dark Kingdom’ by J.P Timmons, and copies of Oxford Advance Learners Dictionary, which originated from China and bible titles belonging to Bible Society of Nigeria.

He said that the commission would continue to fight piracy in line with the Copyright Act Cap C28 LFN 2004.