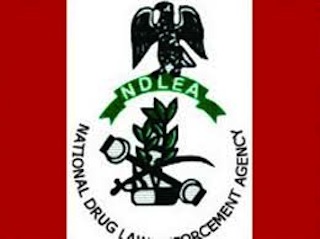 The National Drug Law Enforcement Agency (NDLEA) in Imo has said that it arrested 187 drug suspects and impounded 868.81 kilogrammes of drugs from June 2013 to May 2014.

The Acting Commander of the agency, Mrs. Assiana Nimbang, announced the development while briefing newsmen in Owerri on Thursday at a programme to mark the UN Day Against Drug Abuse and Illicit Trafficking.

She said that of the 187 suspects arrested, 170 were males while 17 were females.

Nimbang said the agency had so far secured 17 convictions at the Federal High Court, Owerri while 112 drug dependent persons had been counselled.

She said the highest number of persons arrested were from Mbaitoli Local Government Area with 13 persons, followed by Isiala Mbano with nine persons.

She said that some of the suspects were also arrested from Ngor-Okpala, Ikeduru, Owerri West, Ohaji/Egbema and Njaba local governments.

The acting commander said the day was set aside to mobilise support for the reduction and total eradication of illicit drugs globally.

She said drug disorders could be prevented if people talked to their children, families and communities about the dangers inherent in drug abuse and trafficking, thereby preventing them from getting involved.

Nimbang urged parents and guardians to create alternative activities such as sports, drama, musical performance and debates to help their wards spend leisure time effectively and in a constructive way.

“In addition to the above, drug disorders are treatable. Parents and guardians must find ways of solving their wards drug problem as soon as it is noticed.

“They must not wait until such problems get out of control before they seek for advice.

“A nation whose citizenry and whose future is compromised by drug can neither be healthy nor wealthy,” she said.