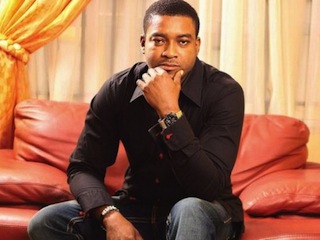 The deep forest of the ancient Aguleri community in Anambra State will host the 11th edition of the Gulder Ultimate Search.

Edem Vindah, Corporate Media and Public Relations Manager, Nigerian Breweries plc, made the announcement while unveiling this year edition tagged “The Mission” during a media briefing in Lagos on Tuesday.

Vindah, who stood in for Kufre Ekanem, Corporate Affairs Adviser, Nigerian Breweries plc said that after the successful hosting of ninth and tenth editions of the television reality show in Usaka community in Obot Akara, Akwa Ibom State, some brave and determined young Nigerians will be going into the forest of Aguleri in Anambra East local government area for another round of search to retrieve the ‘cube’.

“For 28 days between 19 September to 16 October, we will be entertained to an original Nigerian adventure programme with international class standards.”

He noted that “Neither the nervous, faint-hearted or weak contestants will make it through the hurdles.”

This year’s entry is free and the selection process will be rigorous with a national spread. The internet-based application process commenced on 1 July and will end on 31 July.

Thousands of people will be screened in rigorous screening processes in four geographical zones across the federation. The cities are Lagos, Benin, Port Harcourt and Awka.

“There will be a final screening exercise in Lagos to produce the final set of 12 young-adult, strong, intelligent, able-bodied men and women who are determined to go the extra mile to achieve success. And the reward at the end of the search as usual will be fame and fortune,” Vindah said.

The brave individual who emerges as the winner and ‘Ultimate Man’ will be rewarded with a cash prize of N10 million, along with a brand new Ford Explorer SUV.

The other 11 participants will not go home empty-handed, as they will get various cash prizes ranging from N3 million for the first-runner-up to N1million for the 12th placed contestant.

There will be an additional cash prize of N1million for the last girl standing during the search. In addition to the cash prize, the brave lady will also drive home a brand new vehicle.