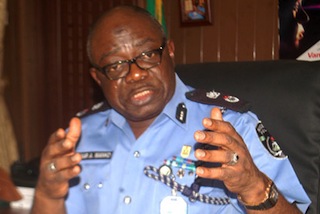 A young graduate, Oluwatosin Otaiku, has stabbed himself to death because he was jilted by his fiancee. The incident happened in Onikolobo area of Abeokuta, Ogun State, western Nigeria.

The deceased, a 33-year old graduate of Tai Solarin University of Education, TASUED, Ijagun, stabbed himself to death after his fiancée, Oluwatoyin Olaogun, brought their relationship to an abrupt end.

The incident took place on Saturday at Safari Junction in Onikolobo area of Abeokuta, when neighbours who heard about Oluwatoyin’s decision to break up with her lover called them to resolve their misunderstanding.

An eyewitness said Tosin had hidden a knife in his pocket during the mediation, which he eventually used to stab himself when he discovered that his fiancee was not ready to change her mind, despite the intervention of neighbours and friends.

“Tosin was immediately rushed to Mercy Hospital at Panseke from where he was referred to the Federal Medical Centre, FMC, Idi-Aba, Abeokuta, but he died on the way to the hospital. It was a rude shock to me,” his friend, who did not want his name mentioned, told P.M.NEWS.

Another friend of the deceased told P.M.NEWS that the deceased was a principled and adamant person, who would never reverse his decision.

“Come rain, come shine, Tosin would never be cowed by anybody and would never for any reason, change his decision. A day to his death, he had called me to explain what was happening between him and the lady. We spoke for about 11 minutes and I agreed to visit the two of them the following day to settle the discord between them, only to receive a phone call that he had killed himself. I can’t still believe it. Why would Tosin take such a terrible decision? I can’t explain it,” he narrated.

Speaking with our correspondent, one of the closest friends of  Tosin while they were in school at Ijagun, who also preferred anonymity, revealed that Tosin had once attempted to kill himself by drinking kerosene, adding that, if not for God, he would have died long ago.

“When we were in school at TASUED in Ijagun, a similar thing happened. But for God’s mercy on him, he would have died. He drank kerosene when Ope, a student of Polytechnic, Ibadan, whom he was dating then, broke up with him. If not for God and some of us who rallied to save him then, he would have died. We were then living at Overcomers Hall, Imaweje, very close to Ijagun. Everybody was aware of that incident. You can check round to confirm this,” he said.

P.M.NEWS gathered that Oluwatosin was a motherless child from Odogbolu community in Ogun State and after his secondary education, gained admission to study  Political Science/CRS at Tai Solarin University of Education where he graduated in 2010.

He was unable to secure any job since then and and it was also gathered that he was staying at his in-law’s house before he later secured his own apartment.

According to the source, “until his death, Oluwatosin was managing a business centre at Safari junction, Onikolobo.”