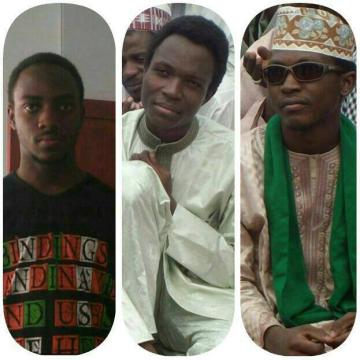 The Nigerian Army is investigating the alleged killing of some members of Islamic Movement of Nigeria in Zaria, Kaduna State, on Friday, an official said.

The Director of Army Public Relations, Brigadier General Olajide Laleye, told NAN by telephone that the investigation would establish what happened.

“However, what is already clear is that Nigerian Army troops did not initiate firing and only acted in self-defence after being fired upon,” Laleye said.

The leader of the movement, Sheikh Ibrahim El’Zakzaky, had told newsmen in Zaria on Saturday that soldiers killed 35 people, including three biological sons of his, during a procession.

El-Zakzaky said members of the movement were on a normal peaceful annual Qudus (religious) procession in support of Palestinians, which was observed all over the world.

He said that on Friday the movement had in its custody 16 corpses, while nine corpses were taken to the teaching hospital in the night apart from his three children.

He added that the soldiers killed three more people on Saturday morning when they were passing in front of Hussainiya, headquarters of the movement.

“One of my sons Mahmud, student of Almustapha University, Beirut ,was shot at the abdomen and started bleeding, we tried to rush him to the hospital but the soldiers blocked everywhere along the way and he bled to death.

“The soldiers also arrested some people, including three of my sons, they were taken alive and later killed two of them.

El-Zakzaky said it was the police that assisted the group in locating the whereabouts of the people in Basawa Barracks.

“When we demanded for the release of our people the army refused (and said) that they would take them to Ahmadu Bello University Teaching Hospital (ABUTH) for medication, not knowing that the two were killed.

“I want to assure you that these two children were cold bloodedly murdered because they were taken alive,” he said.