Falconets Ready For U-20 World Cup 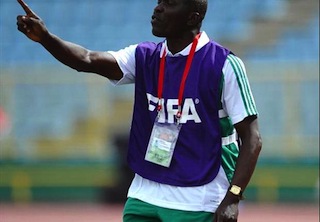 Nigeria’s Falconets are ready for the FIFA U-20 Women’s World Cup which kicks off tomorrow in Canada.

Nigeria are expected to clash with Mexico on Wednesday in the Group D opener at the Moncton Stadium, Moncton city.

In the friendly match played recently in Canada, Nigeria’s Falconets defeated Codiac AAA U-18 boys 4-2 in a warm up game played in Moncton.

Falconets’ head coach, Peter Dedevbo, said his girls are battle ready to confront any opposition in the World Cup with the determination to surpass previous World Cup records.

“Our performance at the friendly game we played has shown that the girls are ready for the World Cup,” he said.

Meanwhile, Falconets are now at Delta Beausejour Hotel, where they are expected to stay till 10 August where they will play their first two matches against Mexico and Korea Republic before leaving for the venue of their third round match in Edmonton.