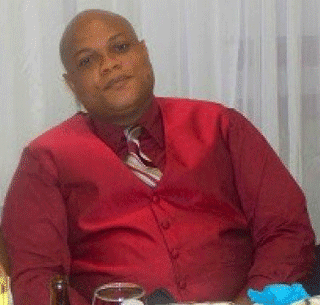 The Lagos State Government is going after the family of the female Lagos medical doctor who tested positive to the deadly Ebola Virus Disease, EVD, in order to quarantine them, just as a special plane transporting the second American infected with Ebola left Liberia’s capital, Monrovia, early Tuesday en route to Atlanta.

At a news conference at Yaba area of Lagos, southwest Nigeria on Monday, Commissioner for Health, Dr. Jide Idris, said the government is working hard to establish contact with her family who might have contracted the disease.

The commissioner confirmed that the female doctor, whose identity is still being kept secret, is among the eight who had primary contact with Mr. Patrick Sawyer, the Liberian who died of Ebola in Lagos, that had tested positive for the virus.

“From our activities to stem the spread of Ebola virus in Nigeria, another patient has tested positive for the virus. And the female doctor is one of the eight persons who were under critical surveillance and care for having contact with the late Liberian, Mr. Patrick Sawyer, who died after been infected by the virus.

“The state has established isolation and treatment centre to hospitalise this patient. The staff at this centre have also been trained on how to treat and handle the patients under their care. The hospital is also provided with enough facilities to ensure that the officials and other patients do not contract the virus,” he said.

“The patients under our surveillance were those who had personal contact with the late Liberian. And the rapid response team had been in communication with these patients who developed fever and other symptoms,” he added.

The commissioner noted that the occurrence of secondary cases were expected given the nature of the contact these people had with the patient from Liberia, adding that this was because they were unaware of the patient’s status until the management of the hospital informed the state government of the development.

Idris said given the manner of the outbreak of Ebola virus in Lagos State, the Nigerian Medical Association, NMA, should suspend its strike and join hands with the government to fight the Ebola scourge.

“We will also welcome volunteers from the health profession and those who accept to volunteer shall be given incentives. We also appeal to residents to support the government in fighting the scourge,” he said.

Director-General, Nigeria Centre for Disease Control, NCDC, Prof. Abdulsalami Nasidi noted that government would not be able to release the name of the new victim, while debunking rumour that the patient was dead.

“The patient is not dead. She is alive. Experts from the local and international organisations are attending to the patient. She is one of the eight patients that were under intensive surveillance, tests are still ongoing on others,” he said.

The confirmation that a fourth doctor in the region had developed Ebola came Monday as fear and anger about the dead being left unburied in Liberia’s capital Monrovia brought protesters into the streets there. World Bank president Jim Yong Kim, himself an expert on infectious diseases, said he has been monitoring the spread of the virus and was “deeply saddened” at how it was contributing to the breakdown of “already weak health systems in the three countries”.

The funding will help provide medical supplies, pay healthcare staff and take care of other priorities to contain the epidemic and try to prevent future outbreaks, the World Bank said.

The bank made the announcement as African leaders, including 35 presidents, are visiting Washington for a US-Africa summit.

The death toll from the Ebola outbreak on Monday reached 887 after 61 more fatalities were recorded, according to the World Health Organization.

The latest doctor to be infected had attended to Patrick Sawyer, who worked for Liberia’s finance ministry and contracted the virus from his sister before travelling to Lagos for a meeting of west African officials.

Nigeria’s Health Minister Onyebuchi Chukwu told journalists that 70 other people believed to have come into contact with Sawyer, who has also died, were being monitored.

Of the eight now in quarantine, three show “symptomatic” signs of the disease, he said.

More worrying still were reports from Liberia that victims’ corpses were being dumped or abandoned. Protesters, who blocked major roads in the capital on Monday, claimed the government is leaving the bodies of victims to rot in the streets or in their homes.

The Liberian government had warned against touching the dead or anyone ill with Ebola-like symptoms, which include fever, vomiting, severe headaches and muscular pain and, in the final stages, profuse bleeding.

“Four people died in this community. Because the government says that we should not touch bodies, no one has gone to bury them,” Kamara Fofana, 56, a protestor in the Monrovia suburb of Douala, told AFP. “We have been calling the ministry of health hotline to no avail.”

Miatta Myers said her mother was one of the suspected victims. “Our mother was vomiting… For five days now her body has been in the house. The only way we can get the attention of the government is to block the road.”

Deputy health minister Tolbert Nyensuah said the government was doing its best to collect bodies as quickly as possible.

“We buried 30 people during the weekend in a mass grave outside the city. The government has purchased land from a private citizen and that land will be used to bury bodies,” he said.

In neighbouring Sierra Leone, President Ernest Bai Koroma called for the nation to unite to counter the threat posed by the outbreak. “This is a collective fight. The very essence of our nation is at stake,” he said in a televised address.

Streets in the capital Freetown were empty on Monday as people observed an emergency “stay at home day” called by the authorities to help them reorganise their fight against epidemic.

Sierra Leone has the most confirmed cases of any nation — 574 — including 252 deaths since the virus spread from neighbouring Guinea in May.

President Koroma, who declared a state of emergency last week, urged families to ensure that victims were reported to health authorities.

Meanwhile, Kent Brantly, the US doctor infected with the virus, “seems to be improving”, the director of the Atlanta-based Centers for Disease Control, where he is being treated in an isolation unit, said on Sunday.

An Associated Press reporter saw the four-vehicle convoy that arrived at Monrovia’s airport early Tuesday. The chartered plane took off at 1:12 a.m. local time. Nancy Writebol, a missionary from North Carolina, will be treated at the same Atlanta hospital where an American doctor with Ebola already has been taken.

Writebol’s son, Jeremy, said his mother “is still struggling” but that “there seems to be improvement.”

The two Americans infected with Ebola are getting an experimental drug so novel it has never been tested for safety in humans Ebola has killed at least 887 people in four West African countries.

The Christian missionary group SIM USA said Nancy Writebol, 60, was in a “serious but stable condition”.

A man was admitted to a New York City hospital Monday with Ebola-like symptoms though odds are he is not infected, a hospital official said.

The patient, who was placed under strict isolation, had recently travelled to West Africa, said David Reich, president of Mount Sinai Hospital in New York.