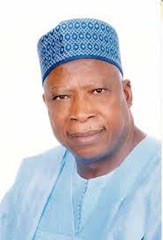 Sen. Abdullahi Adamu (APC Nasarawa State) on Tuesday advised the members of the state assembly against abuse of legislative power in the interest of peace.

Adamu, who represents Nasarawa West senatorial district, gave the advice while addressing the people of Udeni Magaji community in Udege Development Area of the state.

“I want to use this medium to comment on the impeachment notice served on Governor Umaru Al-Makura by members of the House of Assembly and to advise them against abuse of legislative power.

“I’am not saying that they don’t have the constitutional power to impeach the governor, but the processes have been abused by them.

“I urged them to have a rethink on the impeachment in the interest of peace and development of the state.

“Everybody in the state could testify that the governor has done his best and is still doing his best to improve on the living condition of the people.

“His administration has touched the lives of the people of the state positively,’’ he said.

Adamu urged the legislators to consult with their constituents before impeaching the governor in the interest of peace and for the overall development of the country.

He promised to channel the grievances of the community, especially in the areas of road construction, water supply and health facilities to the appropriate authority for necessary action.

The senator reiterated his commitment to initiate people-oriented projects in his senatorial district and to reduce poverty and unemployment.

He called on the people to support the governor, to enable them to benefit more democratic dividends.

Mr Danladi Madaki, the state Commissioner for Agriculture and Natural Resources, urged the community not to panic over the impeachment threat against Al-Makura.

Responding on behalf of the community, Mr Paul Ayijo, councillor representing Udeni Magani Magaji electoral ward, commended Sen. Adamu for the visit and stressed the need for more of such visit.

He said the senator was the people’s political mentor and promised to support him and Al-Makura to win the 2015 general elections.