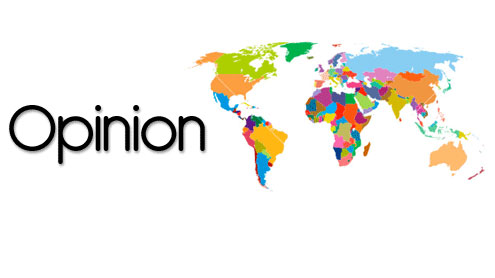 “Whatever happens to a man happens to him for his own good”. We are born as free beings, with the necessary intellect to discern the good, the bad, and the ugly, and also to choose which ever way would suit our purposes.

That freedom reminds us of the difficulty and stress that our important international celebrities are undergoing globally. They work assiduously for fame, and get it. But to remain at the echelon of this achievement as a perfect being is what haunts most of our celebrities. It is either they over-indulge themselves in the socialisation of marital virtues, or become victims of that social process. Can we then conclude that whatever falls as a lot to individual celebrity is his own, or her own destiny? No.

That brings us to the philosophical resolve of the indomitable world tennis icon, and champion of all champions, Serena Williams, who has dominated the game for many years, and whose fame in that game has turned to idolisation by her fans globally. This is thought-provoking. Her new found idea about marriage, is a culture in Yoruba land, in Nigeria, where people resolve that “you don’t rush into marriage” because it is a long life project.

Knowing fully the background of the one you are trying to tie the nuptial nut, is very important. Your people would investigate whether or not his family has hereditary disease; whether the said family has inherent stealing instinct or  harbour certain bad mannerism, etc. All these enquiries and investigations are necessary, so that their daughter does not fall into wrong hand.

The wish of every parent in this part of the world is to see that their daughter falls into safe and better hand, because the journey their daughter is embarking on is regarded as tortuous and delicate long journey which should need their guidance. However, all these inherent cultural values are also fading fast, even in Yorubaland because of the Western culture of marriage which is allowed to take precedence over our rich and virtuous marriage culture which is moral-based.

The stance of Serena Williams therefore on her marriage ambition, is highly commendable, and to be emulated, not only by celebrities, but also by other youths, all over the world.

Serena’s investigative ideological tendency is to know her future partner, as a well cultured man with moral rectitude toward her in-laws, and who treats his parents with deserved dignity and integrity. Because of the importance of marriage institution in the social endeavour of human being, some women have taken the marital social engineering as their ultimate preoccupation by all means. That is why many run into it, headlong without minding the consequence, only to discover later that their partner is not compatible. Such mad rush into nuptial ties always ends in breakup and divorce. Many of our female celebrities have fallen into these unsolicited disastrous traps from their playboy male counterparts. Serious women should watch carefully before taking a leap into such life-long marriage institution.

After all in social engineering, marriage is not the ultimate. This is ably demonstrated by the Samaritan woman, who encountered Jesus Christ near the well of Jacob, the Israelite forefather.

The Samaritan woman, from the city of Sycha got married five times and all the marriages crashed. She later withdrew into herself, with a temporary husband. Because of her peculiar situation of not having a husband, like other women, who went to fetch water in a drove, the woman had to go to fetch water at odd times alone.  It was on such an occasion that the Samaritan woman met Jesus Christ near the well of Jacob on the outskirts of the city of Sycha in Samaria.

Jesus was weary, waiting for someone to draw water from the well for him to drink. The Samaritan woman emerged to draw water, only to be encountered by Jesus Christ, Messiah, the anointed, who asked the woman for water to drink. The woman was surprised that a Jew could ask for favour from a Samaritan citizen, knowing full well that it was a taboo to seek such favour from Samaritans, since the Israelites were carried away to captivity in Babylon by the Assyrian King Nebukadnezzar for obvious religious reasons.

It was because of these religious reasons that the Jews treated the Samaritan returnees like lepers, who should be kept at bay. But Jesus told the woman that if she had perceived the type of person asking her for a favour, she would have obliged, because he would have given her a living water, springing up to everlasting life. The woman who was excited with that pronouncement gave Him the water, so that she would thirst no more. It was then that Jesus asked her to go and bring her husband. However, the woman was very frank to tell Jesus that she had no husband. Jesus attested to this, and told the woman, that she had five husbands before, and the one with her now was a mere acquaintance, and that the woman had said the truth.

This revelation made the woman to perceive that Jesus must have been a prophet to understand all about her past. This prompted the woman to ask whether Jesus was the expected Messiah, and to which Jesus answered in affirmation.

It was this confirmation that made the woman to leave her pot of water with Jesus and run to the city of Sycha to announce the herald of Christ, the expected Messiah. The Samaritans came in large numbers to listen to Jesus and believed in him. On that day alone, three thousand Samaritans became followers of Jesus Christ, their expected Messiah whom they requested to stay with them for more two days, to evangelize to the entire population of Sycha city, before leaving for Galilee in Judea.

The great encounter with Jesus became a turning point in her life, and transformed her completely. She suddenly became a fulfilled person. All those things she struggled in vain to achieve, as a married woman, started to beckon on her for grabs. As expected, Jesus met all her needs in the following ways:

(ii)The Samaritan woman was the first to receive private prophecy from Jesus about all that had happened to her in life, including her love-life of five husbands, and acquaintance;

(iv)Acceptability and recognition among her people became her portion, and she became a VIP to be envied, and jealous by her people;

(v)The woman must have been instrumental to the acceptance by the Lord to stay in Sycha for two more days for intensive acceptability of Christ as the Messiah;

(vi)The encounter with Christ also brought a radical change, or transformation in the mode of worship by Christians, we can worship God anywhere, instead of going to the temple in Jerusalem, as the culture in those days. Because God is a spirit, those that worship Him must worship Him in Spirit and in truth. That is the most acceptable worship to Jesus Christ; and

(vii)The solemnization of marital affair is not the ultimate worth struggling to achieve in life by all means, but rather, the salvation of our souls, (in the first instance), through the anointed one, called Jesus Christ that is the ultimate.

In a nutshell, all the seven points agenda await any woman who is ready to learn from the Samaritan woman’s experience.

The Samaritan woman has helped to establish an awesome and daunting legacy about marriage which should be emulated by the up and coming celebrities. Serena Williams is our lady of the moment.

•Lasisi wrote this article from Lagos.