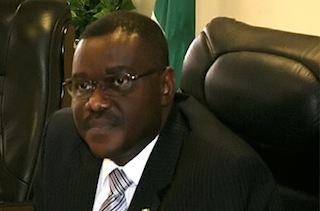 Prof. Onyebuchi Chukwu, Minister of Health on Friday said that there were nine confirmed cases of Ebola Virus Disease in Nigeria with the two dead.

Chukwu, in a briefing in Lagos also said that there were six suspected cases that were under investigation and total of 139 persons were placed under surveillance.

He said that the Federal Government had approved resources to procure equipment and employ health workers as well as volunteers for patient care and to curb the spread of the disease.

“The nine cases are eight Nigerians and the case of the American-Liberian who imported the disease.So far, we have recorded two deaths and seven are alive and are receiving treatment here in Lagos.

“The two additional cases to the seven that was confirmed on Tuesday are primary contacts, they are stable and are being treated.

“The fatality rate in Nigeria is approximately 30 per cent while in the West African Region as a whole it is 55 per cent, which means that many people are surviving, the disease is not a death sentience.

“We have been holding meetings with experts from WHO, UNICEF, US Centre for Disease Control and Prevention to share their experiences so that we can learn and control the spread of this disease. We have also gotten approval from the Federal Government to carry out emergency recruitment of health workers and volunteers to work with government.

“These persons will be trained and they will have proper life and safety insurance,” he said.

Chukwu debunked the rumour making rounds that salt water could reduce the chances of contacting the virus. He said it was not only falsehood, but devilish and wicked.

“We are working with the Ministry of Communication and Technology to get the source of such fallacy. Whoever is involved will be arrested and prosecuted accordingly.

“Taking salt water or bathing with salt water is dangerous to health and we do not need more complications in this country.

“People should be careful with unconfirmed information, all they need is imbibing proper personal and environmental hygiene,” he said.

Labaran Maku, Minister for Information, called for media and public cooperation to curb the spread of the disease in the country.

Maku urged the media to disseminate messages that would enlighten the public on the disease, attract public cooperation and empathy for infected persons.