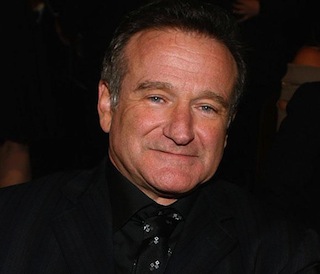 Oscar-winning actor and comedian Robin Williams died from suspected suicide on Monday after a battle with depression, triggering an outpouring of anguished tributes to one of the most beloved entertainers of his generation.

The 63-year old star of revered movies such as “Good Will Hunting,” “Good Morning Vietnam” and “Mrs Doubtfire” was found dead at his home in Tiburon, northern California, shortly before midday, police said.

President Barack Obama led tributes to an entertainer he described as “one of a kind” while Hollywood titan Steven Spielberg, a close friend, hailed Williams as a “lightning storm of comic genius.”

A statement from Marin County Sheriff’s Department said Williams’ death appeared to be “suicide due to asphyxia.”

The veteran actor’s publicist said the funnyman had been suffering from depression prior to his death, and Williams had spoken openly in the past about his battles with alcoholism and drug abuse.

“Robin Williams passed away this morning. He has been battling severe depression of late,” Mara Buxbaum said in a statement.

“This is a tragic and sudden loss. The family respectfully asks for their privacy as they grieve during this very difficult time.”

“This morning, I lost my husband and my best friend, while the world lost one of its most beloved artists and beautiful human beings,” said Schneider, who became the actor’s third wife when the couple married in 2011.